I employed a local company to walk my dog for 1 hour 3 times a week on a permanent basis.  In my mind, I was a bread and butter client.  My money could be relied upon each and every week.  That's got to be great for cashflow.  Our relationship was based on trust until the day I came home from work early.

I drove home and as I rounded the corner of my street, I saw my dog walker rounding the opposite corner with Loki.  It was obvious she had just been to get him because of their direction of travel. That, and the fact that Loki always goes for a really long wee when he first gets out.  I was a bit peeved.  "Poor Loki".  It was 3:15pm.  Loki's walk was supposed to commence sometime between 12pm and 1:15pm.  A really wide window to allow for unforeseen delays.

The dog walker was at my front door with Loki at 3:25pm.  I was surprised to see her so soon.  Only 10 minutes had elapsed.  The dog walker misinterpreted my look of surprise.  She immediately apologised for being so late and explained how everything had been running late all day. I pondered over her failure to communicate that to me.  I was puzzled too.

The dog walker hadn't said anything about how long she had walked Loki for.  Neither did she say where they'd been.  I couldn't have been mistaken, could I?  I like to establish the facts before confronting someone.  How could I establish the reliability of my dog walker?

On syncing my Fitbit later that night the answer came to me.  I have worn wearable technology for a while now.  I started with a Jawbone Up band and I was wearing a Fitbit Flex on the day I finished work early.  I looked for a receptacle that would hold the Fitbit accelerometer mechanism.  A key ring-barrel designed for a £20 note or pills did the job.  I wrapped up the Fitbit in cotton wool and inserted it into a tiny plastic bag.  I was able to insert it into the barrel and attach it to Loki's collar.  It looked like one of those address barrels. That should do it, I thought to myself.  I checked the Fitbit mechanism had tracked Loki's sleep and our morning walk the next day.  It worked a treat. Safe in the knowledge I could now monitor my dog walker I went to work feeling really pleased with myself.  I didn't feel the same when I got home.  Firstly, Loki's dinner hadn't been put out.  Then, on syncing the Fitbit, there were no "active minutes".  That would mean "No Walk"!  Something must be wrong I thought to myself.  I took Loki for a walk, came home and synced the Fitbit for a second time.  There was nothing wrong with the Fitbit!  My walk with Loki had been recorded which could mean only one thing. 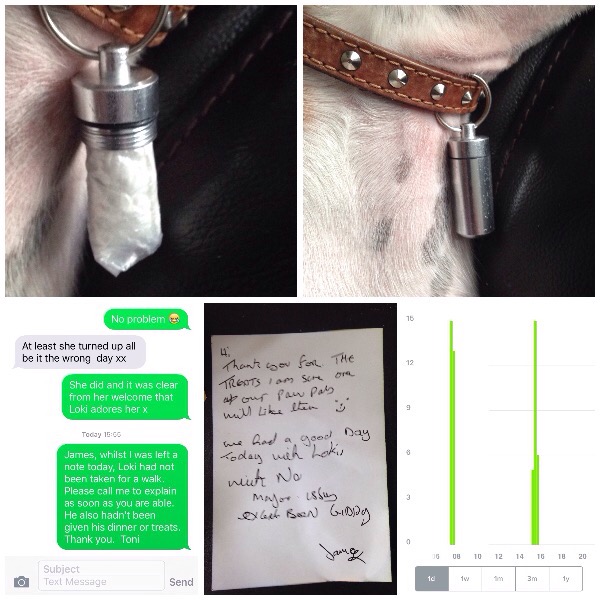 I sent a text to the owner of the Dog Walking company.  I didn't let on how I knew my dog hadn't been walked.  The owner contacted me very quickly and assured me he would get to the bottom of it. The owner was also annoyed that the note had been signed using someone else's name.  The person responsible for walking my dog lied through their teeth to the owner.  But, as he had previously had a complaint put in about him, I was believed and I was told that the dog walker had been dismissed. I was re-assured that this would not happen again.  More than that, the owner told me that he would take responsibility for walking Loki.  I had to say "Yes".  I couldn't leave Loki on his own all day on the 3 days that I worked.  Now that this had happened, I felt confident that Loki would receive the service that I was paying for in future.

Things were fine the following Wednesday and Thursday.  Loki was given a full hour's walk and his dinner.  He probably spent the afternoon sleeping which would have made the time pass quicker for him.  I was really pleased.  On Friday evening, I came home from work and synced Loki's Fitbit.  It showed that he had not been out.  He had been given his dinner and I had been left a note to say that he had been to Stanley Park, my favourite park in Blackpool.  I thought the battery must have died in the Fitbit.  That wasn't the case.  When I plugged it in to charge, the Fitbit had over 50% remaining battery power.  I put it back into the barrel and took Loki for a walk.  Sure enough, the Fitbit was working.

I contacted the owner of the dog walking company by text.  I was too angy to call. This time, I let him know how I knew that my dog walker had not walked my dog.  Again, I was contacted very quickly.  I pointed out, that they had been in my house, fed my dog and written a note.  I told him that Loki would have been all excited in anticipation of a walk that he never got. I went on to say that the level of service I was receiving was appalling.  I was furious.  Nothing that they could have said or done would make me trust them ever again.  My trust in them was shattered.  He told me, he had given the dog walker a second chance but that he was definitely dismissing him this time.  I approached him for a job.  All I wanted to do was give up my part-time job and be able to walk my dog myself.  A job dog walking would have provided me with an income. I've always had animals and I love the great outdoors, dog walking, hiking and mountain climbing.  The way I was thinking, it would have been ideal. 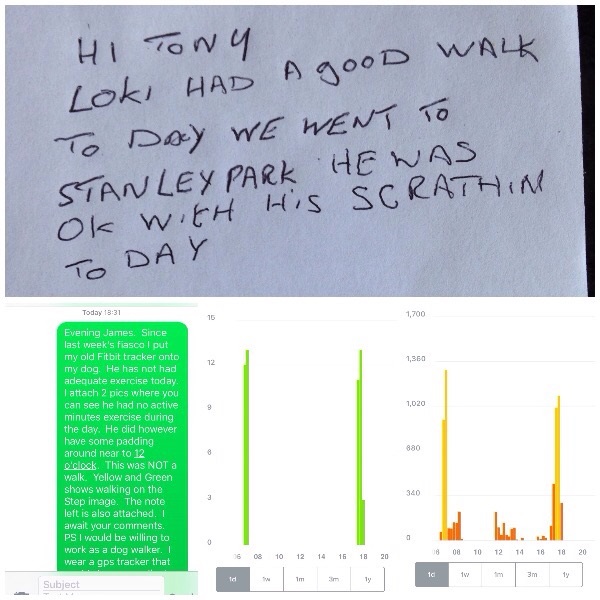 I wasn't taken up on my offer to work as a dog walker.  So, here I am now, a competitor.  I set up Fylde Pet Care - Dog Walking & Pet Sitting Services.  We are very different.  We don't walk groups of dogs.  Only dogs that live together walk together.  We lavish all our attention on the dog we take out.  They are the focus of our attention at all times.  We also welcome technology and GPS track each and every dog walk.  We text pet owners on arrival and departure.  We send our pet owners details of the route, distance covered and duration of the walk after each dog walk.  We are accountable for our actions and offer a transparent service that gives pet owners peace of mind and pets a great time. 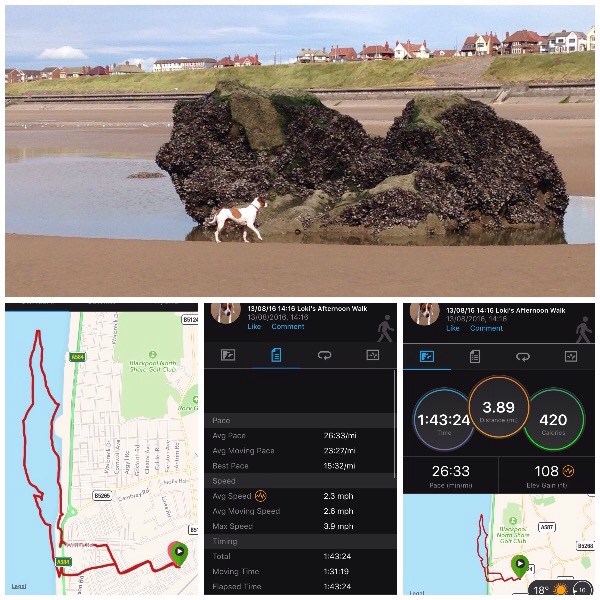 When choosing a reputable dog walking service, select one that uses GPS tracking technology for all dog walks.  Make sure you receive your statistics daily.  Be suspicious if you don't.  Here at Fylde Pet Care, we go one step further.  We even have wearable bodycams.  So, if you want to see where your dog went and join him on his daily walks you are able to do so.  The peace of mind is even greater.  Not only will you know he did go out for a full 30 minute walk, you can also see and hear how we treat your precious pet. I believe that all Dog Walkers should be accountable. The technology is out there and it's about time dog walking companies embraced it.  Fylde Pet Care do.

With Fylde Pet Care Services, you can be assured that your dog will walk for a minimum of 30 minutes or 1 hour.  After your dog's walk, our dog walkers always put out fresh water (and food if required) and settle your dog before leaving.  We will even open or close blinds and put postage aside.  It's all part of our service.  We aim to exceed the expectations of our pet mums and dads every day.  Pet Owners and Their Pets are Our Priority.  No longer do you have to have a relationship with a dog walker that is based on trust.  Seeing is believing.  We offer that service as standard.

Thank you for reading my extremely log blog.  I hope you found it interesting.  It's been life changing for me.